Whether your “Only Hillary” or “Only Trump” – or for that matter “Never Hillary” or “Never Trump” – one thing is undeniable. There is no person on earth that will correct the host of issues that are facing this country in a four-year or even eight-year term. It is simply impossible to course correct that quickly. There is a convergence of issues facing our economy – some have been caused by man and some are just the by-products of issues that no one ever considered such as people living as long as they are today.

Think of four or five major highways all coming to a point where they meet. This is a good way of visualizing what we are facing. The challenge is that no one knows if they will all meet at the same time and when that will be. These “highways” could be named “entitlements”, “money supply”, “world unrest”, “debt”, “jobs”, just to name a few biggies.

On the “entitlement” front our government (with possibly the best intentions) have created an atmosphere over the last 50 years where many citizens take the approach that the government is responsible (to what degree is debatable) for their well-being when in fact government was never intended to take this role. These social programs have caused a major drain on our productivity and correcting them (or eliminating them) is political suicide. On the “money supply” front the decision of President Nixon to remove us from the Gold Standard (where each dollar in circulation was backed by gold held in reserves) is turning out to be a tragic decision. The ability to print endless amounts of dollars is leading to the world reconsidering our dollar as the “gold standard” in trade. This is leading to a host of issues facing this country. This is not a republican or democratic caused problem. Think of it like this – if you had a printer in your basement that pushed out an endless supply of $100 dollar bills – how often would you use it?

On the “world unrest” front – the financial stage is so integrated internationally that splashes abroad can cause waves of concern here on our shores. China’s actions are of major concerns to the US and they are positioning their currency to someday be the “gold standard” around the globe. The amount of gold reserves that they are stockpiling – from what can be gathered – is staggering. They are of the opinion that the US is vulnerable.

On the “debt” front – with our National Debt now approaching $20 trillion – the interest payments facing our country are growing to a point where they may stifle (or strangle) our productivity. Interest payments on debt will soon be the fourth largest budget item for our country. Keeping interest rates artificially low (in actuality in real negative territory) helps keep the interest payments lower – but hampers our citizens from earning a reasonable return on their hard earned savings.

On the “jobs” front – statistically American’s are earning less now than they did in the 1970’s – even taking into account that most households are two-income. This data is compiled taking into account inflation – what it costs today versus what it costed back in the 1970’s. At the heart of this issue is the value of the dollar (see paragraph above) and entitlements which have caused governments (from DC to Main Street) to continually raise taxes to support programs. This in turn has eroded “discretionary income” for most American’s. Work harder – make less.

My clients today predominately comes in two forms. First – are those that are 12 – 30 years my senior. Most are retired (or soon to be) and have amassed what they could and are now implementing income and protection strategies to see them through their retirement. The second are my institutional clients – associations, religious, credit unions, corporate, etc. that are utilizing the products that I offer as a way to protect and create sustainable interest to enhance their income. Many of these institutions once flocked to traditional banking products but the low interest rates have caused them to seek other safe money strategies for their funds. I am 50 years old this year and will soon be a 30-year veteran of the financial services industry. I am more convinced today than at any point prior that the way that my contemporaries should plan for retirement come down to three simple courses of action (I use the word “simple” for levity purposes). And they are:

– No Debt – no mortgage debt, no car loans, no Parent-Plus loans, no credit card, no debt!!

– Crisis Plan – cash on hand equal to at least 60 days of household expenses, some gold/silver in hand, food reserves for at least 30 days, some protection and ammunition on hand.

On the first goal – “no debt” – that may mean to own only one house instead of two like many of my contemporaries do. It may mean to downsize earlier than normal to provide time to pay off mortgage debt while still working. It may mean to drive cars that are good – not great. It may mean to place more of the burden of college tuition on the shoulders of our children then to take it onto our own balance sheets. It certainly means to practice “delayed gratification” which is a major issue for our generation.

On the second goal – “guaranteed income sources” – my thought is that with no debt folks can tailor their standard of living to the income that they have coming in each month – as long as that income is secure. As I have said to some of my buddies – that may mean drinking “Coors Light” instead of “Craft Beers” all the time. I may need to fish in the Pocono’s more than take trips north.

On the third goal – “crisis plan” – this is just common sense. If things in this country really went to hell – I would hope that order would be established in a short amount of time by our government. But in the meantime – while we are waiting for the “cavalry” to arrive – I want to be able to eat, drink, protect my loved ones, and if needed trade for supplies.

In closing – as the saying goes “no one has a crystal ball” and all we can do is look at the picture before us – not turn a blind eye or put our heads in the sand – and plan accordingly. This is the plan that I have begun to implement for my own family. My hopes are that in the next 10 years I will achieve these goals – God willing. I have told my wife Janis many times that my plans will never make us rich but should almost guarantee that we will never be poor. 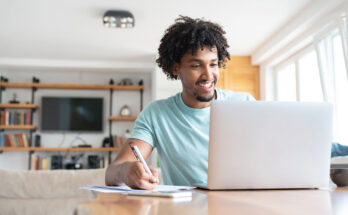 Take a Fresh Look at Your Finances 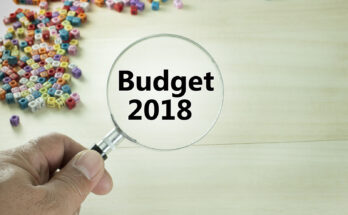 How Does the 2018 Federal Budget Affect You and Your Family? 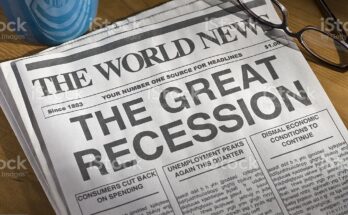 From Great Recession to Grand Illusion